9th Mar 2021 3.15pm EAT
We are excited to partner with Amref to launch the Africa Sustainability Index during their virtual conference, the Africa Health Agenda International Conference (AHAIC). Our plenary session took place on 9th March 2021 at 3:15 p.m. EAT.

This session served as the global reveal of the first Africa Sustainability Index, which provides a unique overview of the current status of 18 health systems across the continent. The Index is made up of 76 different measures split across six categories called Vital Signs. These measures were identified by experts from health systems, international organisations, think tanks and academia from across Africa.

The webinar featured independent healthcare experts (see list below) who oversaw the Index’s development and who unpacked the Index findings and highlight key themes in the session.

The full session can be viewed via the resource linked below. 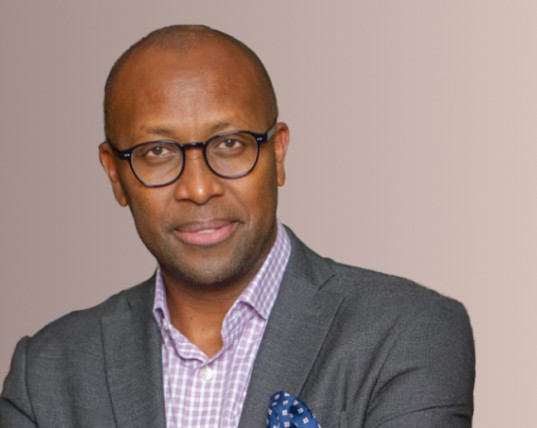 Dr Githinji Gitahi is the CEO of AMREF Health Africa, the largest African-led international organization on the continent. He is also Co-Chair of the UHC2030 Steering Committee, a global World Bank and World Health Organization (WHO) initiative for Universal Health Coverage (UHC).

Until his appointment to Amref Health Africa, Dr Gitahi was the Vice President and Regional Director for Africa, Smile Train International. Prior to that, Dr Gitahi was Managing Director for Monitor Publications in Uganda as well as General Manager for Marketing and Circulation in East Africa for the Nation Media Group. He held progressively senior positions at GlaxoSmithKline and worked at the Avenue Group. Dr Gitahi is co-Chair of the UHC2030 Steering Committee, a global World Bank and World Health Organization (WHO) initiative for Universal Health Coverage (UHC). He serves on a number of Boards, notably - Board of Directors of The Standard Group in Kenya, Board of Trustees of Safaricom Foundation and Governing Board of the Africa Centres for Disease Control and prevention (Africa CDC).

Dr Gitahi holds a bachelor’s degree in Medicine from the University of Nairobi, a master’s degree in Business Administration from the United States International University; as well as a Certificate for Strategic Perspectives for Nonprofit Management from Harvard University. In December 2018, Dr. Gitahi was bestowed the 2018 ‘Moran of the Order of the Burning Spear’ (MBS) by the President of Kenya, in recognition of his outstanding contribution and commitment to the health sector. 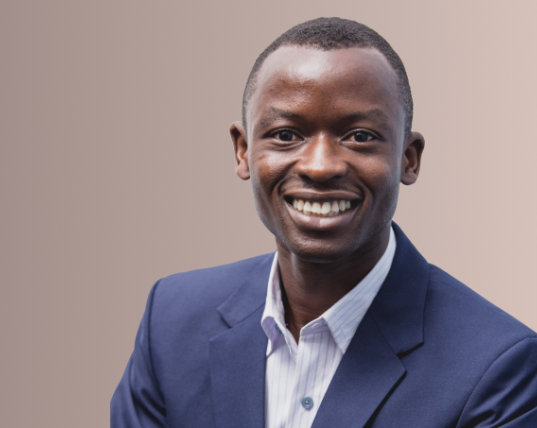 Seth Akumani is Head of Exploration for UNDP Ghana’s Accelerator Lab. He is responsible for shining light on emerging trends, scouting grassroots solutions, and building partnerships to tackle pressing developmental challenges. Prior to joining UNDP, Seth was Director of Business Development and Marketing at GenKey, a biometric technology company, where he was active in delivering identification solutions for health insurance schemes, social protection programs, and other pro-poor initiatives. Before that, Seth co-founded and led ClaimSync (sold to GenKey), a health-tech start-up that developed digital health solutions for low-resource settings.

Seth has spent over eight years assessing the viability of healthcare, health insurance, and claims processing solutions in Africa; and evaluating new business models for sustainable healthcare. He has spoken on healthcare and technology in Africa at several venues, including the African Healthcare Summit and the Economist Healthcare in Africa Conference. In acknowledgment of his work and dedication to innovation and start-ups, Seth has earned recognition from Forbes, CNBC Africa, and the Ghana Climate Innovation Centre.

President and CEO of the South African Medical Research Council

Gray, who trained as a Medical Doctor and Paediatrician at the University of the Witwatersrand, co-founded and led the Internationally renowned Perinatal HIV Research Unit, based at the Chris Hani Baragwanath Hospital in Soweto with James McIntyre. She is internationally known for her research in HIV vaccines and interventions to prevent mother to child transmission of HIV. She is the Co-PI of the of the NIH funded HIV Vaccine Trials Network and is responsible for the expansion of HIV vaccine research in Africa.  In 2002, she was awarded the Nelson Mandela Health and Human Rights Award together with James McIntyre for pioneering work done in the field of Mother-to-Child Transmission of HIV-1.

In 2009, James McIntyre and Gray received the N’Galy-Mann lectureship in recognition of their HIV research contribution in South Africa. In June 2012 she received a DSc (honoris causa) from the Simon Fraser University, Vancouver for her work in the field of mother to child transmission of HIV. She has also been admitted into the American Academy of Microbiology in 2012. In 2013 she received  the country’s highest honour, the Order of Mapungubwe, granted by the president of SA for achievements in the international area which have served South Africa’s interest as well as the EDCTP’s outstanding Africa scientist award. In 2017, she was listed amongst the Times 100 influential people in the world. Her focus now is on capacity development in Science with a special focus on transformation and increasing diversity in Science. For this, in 2018 she has received the Regional World Academy of Science award for science capacity development in Africa. Recently she was listed by Forbes as one of Africa’s 50 most powerful women. She is a member of the NRF Board; sits on Wits Council as a member and serves on the board of the international GARDP (Global Antimicrobial R&D Partnership) and has recently being appointed to the WHO STAG for TB. She is on the NDOH Ministerial Advisory Committee for COVID 19. She has is also spearheading the SAMRC funding for COVID 19. 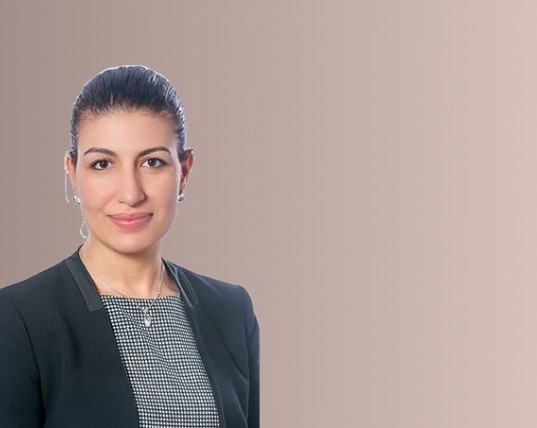 Imene Ben Abdallah is the country manager for Roche in Libya and Tunisia. Roche has a 120-year legacy as an innovative healthcare company which provides sustainable access to diagnostics and treatments.

A pharmacist by training, Imene is passionate about how Roche can have an impact on its environment. Throughout her career, she has had a firm focus on improving health and working toward a future where every African can access world-class healthcare. She is committed to working with stakeholders across the healthcare ecosystem to correct unacceptable inequities in care by strengthening health infrastructure, increasing sustainable funding and enabling access to innovative diagnostics and treatments.

During her career, Imene has worked within a number of positions within different healthcare organizations. She began her career in marketing with a local Tunisian pharma company, where she got the opportunity to learn about the local market, its challenges and opportunities. She then took a role in pricing and market access with a multinational consultancy company that opened up new perspectives and allowed her to work in developed markets, understand payers’ needs and how to accelerate access to innovative drugs.

Imene’s career at Roche began six years ago and since then she has held positions in Regulatory affairs, market access, medical affairs and strategic health initiatives before her current role as country manager.

Imene earned both her Doctor of Pharmacy and Master of Science in Drug Development degrees from Faculté De Pharmacie de Monastir in Tunisia. Her areas of expertise range from policy, pricing, and market access. 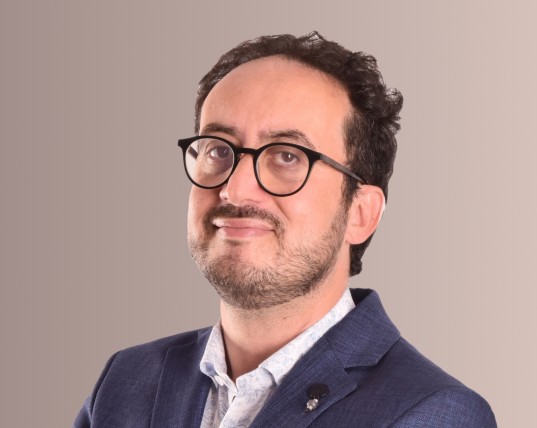 Saber Boutayeb is a Moroccan medical oncologist. He obtained his certification in medical oncology in 2008 after mixed training in Rabat and Paris, and also holds a Ph.D in Clinical Epidemiology from the University Mohammed V (Rabat, Morocco). He currently serves as Manager of the Chemotherapy Day Hospital and co-referent of information systems at the Moroccan Institut National d'Oncologie. There, he specialises in treating gastrointestinal and breast cancers. 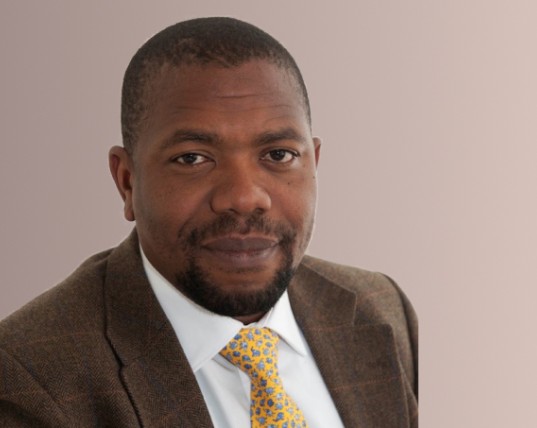 Olumide Okunola is the Program Lead for the Nigeria program of the Health in Africa Initiative (HiA) and Senior Health Specialist at the International Finance Corporation of the World Bank Group. He leads the work on private sector participation in health systems and has been involved in the conceptualization, design and implementation of several pro-poor risk pooling schemes in Nigeria including the Catastrophic Health Fund (CHF) - The CHF aims to support qualified beneficiaries to finance the treatment of illnesses that represent a risk of catastrophic expense. Olumide undertook graduate studies at the London School of Economics/LSHTM and University of Oxford -Said Business School where he earned master’s degrees in Health Policy, Planning & Financing and Major Programme Management (MPM) respectively. He also graduated with an MBA from the Said Business School at the University of Oxford. He brings to healthcare an uncommon combination of skills in healthcare as a practitioner and expertise in management of complex projects. He is passionate about bringing innovative approaches to healthcare delivery in Africa through alternative financing models for healthcare. Prior to joining the IFC/WBG he was project coordinator for a large Greenfield hospital project in Nigeria. A trained medical doctor, he has worked at all levels of the Nigerian healthcare. He is passionate about pushing through reforms to rethink and redesign the way primary healthcare services are financed and delivered in developing countries. 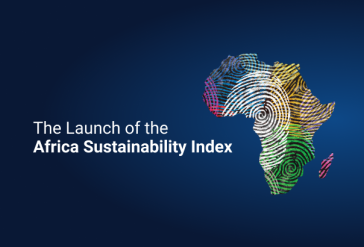 The launch of the Africa Sustainability Index

The index provides a unique overview of the current status of 18 health systems across the continent. The Index is made up of 76 different measures split across six categories called Vital Signs. The measures were identified by experts from health systems, international organisations, think tanks and academia from across Africa.