Personalised healthcare in LATAM: How ready are our countries to bring it to life?

Join us on the global reveal of the first Latin America Personalised Health Index, which provides a unique overview of the current status of 10 health systems across the continent. The Index is made up of 33 different measures split across four categories called Vital Signs. These measures were identified by experts from health systems, international organisations, think tanks and academia from across Latin America.

We aim to initiate a conversation about the road that lies ahead for Latam to reimagine sustainable, resilient and personalized health systems, even in the aftermath of the COVID-19 pandemic. We will bring together stakeholders from different backgrounds (see list below) to discuss strategies on how to continue leveraging data to develop more sustainable health systems in Latam for the future. 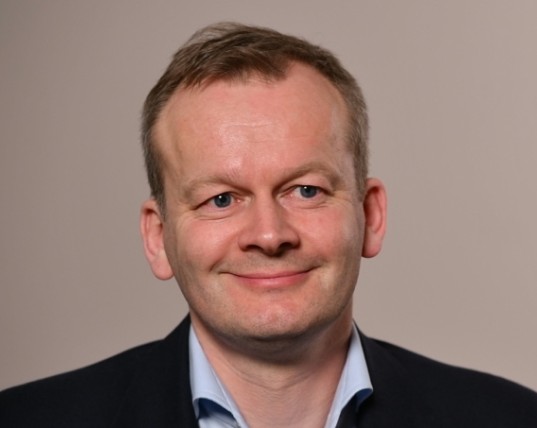 Bogi Eliasen is an associated partner at the Copenhagen Institute for Futures Studies. He comes from the Faroe Islands and is educated in Political Science from the University of Aarhus.

Bogi has been employed in the Faroe Business Affairs and Ministry of Foreign Affairs and worked as a consultant over the last ten years for politicians, the public sector and private companies. He calls himself a knowledge broker whose expertise lies in combining various fields of knowledge.

Bogi Eliasen has participated in many North Atlantic / Arctic projects and has a deep knowledge of Latin America, particularly Peru and Brazil, where he has lived for two years. Since 2009, Bogi has been the project manager for the ambitious genome project FarGen, which aims at whole genome sequencing the entire population of the Faroe Islands in order to research and develop opportunities in genetics.

In the international genetic world Bogi is known for his strong network, his ability to communicate complex issues and for promoting FarGen: the need to have a holistic approach to genomics in order to make it usable in future healthcare. 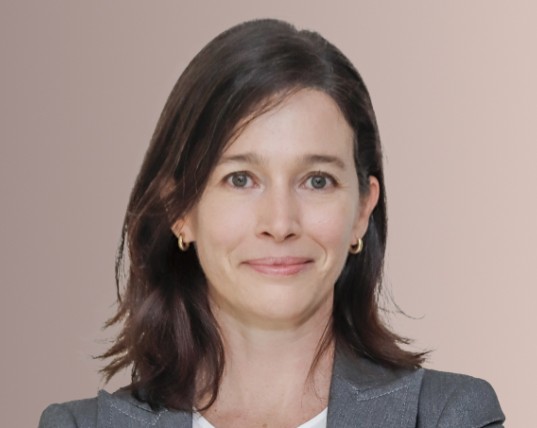 Dr. Maria Clara Horsburgh is the Medical Affairs Director for Roche Central America & Caribbean. She holds a medical degree from Universidad del Salvador in Buenos Aires, Argentina, and later did her medical oncology residency at the Angel H. Roffo Oncological Institute at Universidad de Buenos Aires. Besides her specialised training in medical oncology, she completed graduate studies in palliative care at Pallium Latin America and the Oxford International Center for Palliative Care. After a few years working in clinical assistance, she moved into the pharmaceutical industry, where she has held several roles locally and regionally and completed further studies in research, statistics and epidemiology. In 2012, she joined Roche Argentina, where she was involved in different initiatives in oncology and personalised medicine. Since 2019, she has been based in Costa Rica, where she heads Medical Affairs, with an emphasis on scientific excellence and multisectoral collaboration to build health systems focused on patients and personalised medicine. 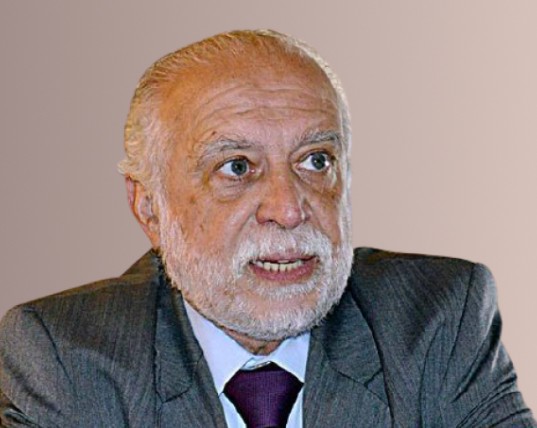 Dr. Ruben Torres is a doctor with an honours diploma specialising in Pediatric Surgery and Social Policy Planning and Management (Universidad de Buenos Aires). He also holds master's degrees in Health and Social Welfare Systems (Universidad Nacional de Lomas de Zamora/ ISALUD), Social Welfare Organisation and Management (Universidad de Alcala de Henares) and in sociology (Czech Academy of Sciences). Dr. Torres has served as Superintendent of Healthcare Services of Argentina, a Health Systems and Services Adviser with PAHO, a Chilean government representative to the WHO and PAHO, coordinator of the Health Policy and Research Unit and Area Manager of Health Systems based on Primary Health Care with the PAHO. Vice-Secretary of Health of the province of Santiago del Estero, Argentina, and director of both public and private hospitals in the city and province of Buenos Aires, Argentina. After heading the master’s and specialist training program in Health and Social Welfare Systems at ISALUD University, he became dean of the university. He also serves as president of the Centre for Health Standardisation and Accreditation (CENAS), president of the Latin American Hospital Federation (FLH), and member of the academic council of the Health Foundation for Studies in Health and Social Welfare (FESS). He has authored numerous publications, including “Política Sanitaria en el país de los argentinos” (“Health Policies in Argentina,” 2015) and “Mitos y realidades de las obras sociales” (“Myths and Realities on Private Healthcare,” 2020). 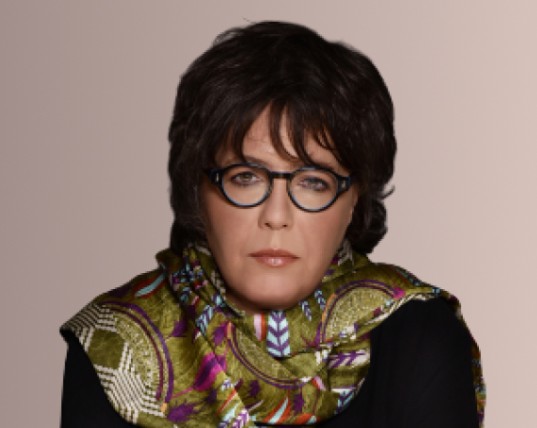 Recognized by Forbes magazine as one of the 50 most important women in Mexico and by Líderes magazine as one of 300 Mexican leaders. She served as the moderator of the country's third presidential debate in 2018. After earning her bachelor's degree in communication at Universidad Iberoamericana, Warkentin did graduate studies in comparative literature at Universidad Nacional Autónoma, Mexico, and in communications at Universidad de Navarra, Spain. She teaches in the master's program in journalism on public policy at the Center for Research and Teaching in Economics (CIDE). She hosts the news program “Así las Cosas” on W Radio and contributes to the newspaper El País, besides hosting the paper's weekly podcast "Al habla… con Warkentin." Warkentin is a founding partner of Tridente Aceleradora, a company focused on developing strategic communication, business, and talent projects. Besides teaching at national and international universities, she gives talks and does consulting work on communications, social contexts, new technology scenarios, and other topics. She has done translations in English, French, German, and Spanish. 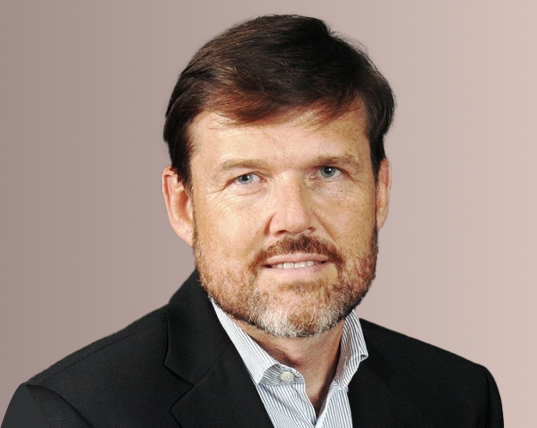 Rolf started his career at Roche Group in 1993 as Market Manager of Central Asia, where he founded the company’s operations. He has held several positions in Latin America, including General Manager for Roche Peru, Colombia and Ecuador; Commercial Development Director for Latin America; Marketing and Sales Manager for Central America and the Caribbean; and General Manager of Roche Brazil. Rolf holds a degree in Economics from the University of St. Gallen, Switzerland. 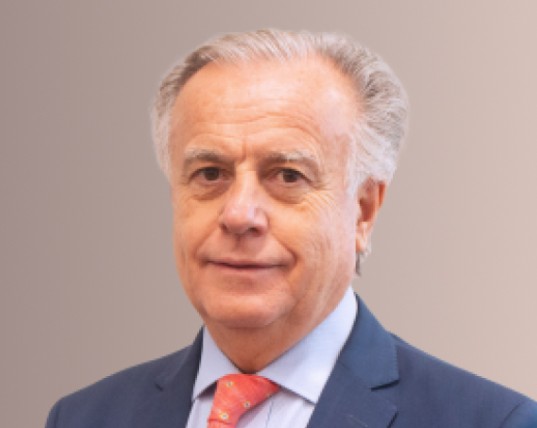 Former Health Minister of Chile, Professor at the School of Public Health, President of Salud 5i

Emilio Santelices
Former Health Minister of Chile, Professor at the School of Public Health, President of Salud 5i

Dr. Emilio Santelices Cuevas studied medicine at Chile’s Pontificia Universidad Católica and specializes in cardiovascular and transplant anesthesiology. Later, he earned a Ph.D. in public health and a diploma in healthcare administration, both from University of Chile, and an MBA from Tulane University.

Dr. Santelices has held several posts at Clínica Las Condes, besides teaching at University of Chile and serving as chairman of the board of the Corporación Médicos para Chile. From 2010 to 2014, he advised the Chilean Ministry of Health on enhancements and quality evaluations for hospitals and primary care centers. In 2018, he was appointed Health Minister by President Sebastián Piñera, a post he held until June 2019.